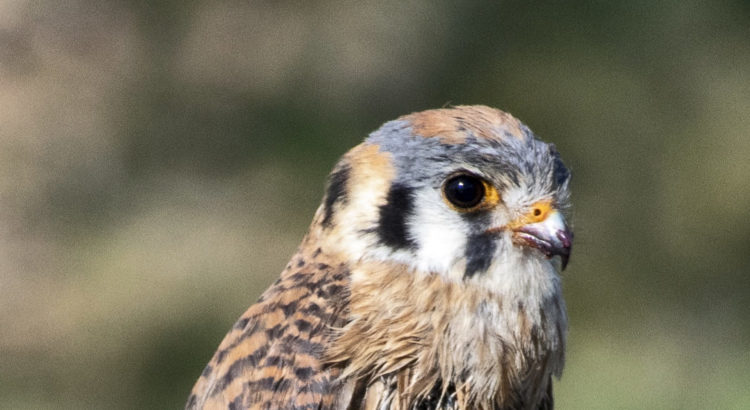 FRBC Boulder’s May 11 bird walk started on a clear to partly cloudy and a balmy 50-degree morning in Boulder, Colorado for our group of twelve birders on Bobolink Trail. Bobolink Trail is a flat, walkable trail that runs north to south along a section of South Boulder Creek between Baseline Rd and South Boulder Rd just west of Baseline Reservoir. We started the walk from the East Boulder Community Center at 55th St and Sioux Dr, on a path which connects to Bobolink Trail in about the middle of its run. A walking trail runs close to the creek, while a multi-use trail runs along an open – and sometimes wet – field where cattle graze. There are patches of cattail marsh throughout the open space, and there are a couple of ponds at the East Boulder Community Center. Having all of these different habitats in one place means that there are opportunities to see and hear many different bird species: riparian birds like warblers and flycatchers, birds of the open fields like meadowlarks and Bobolinks, marsh birds such as rails and Red-winged Blackbirds, and waterfowl at the ponds.

We had hardly left the parking lot to head to the trail when we had our first highlight of the day: a female American Kestrel with prey perched on the trail sign near 55th St. The kestrel looked as though she had gone for a swim to catch her prey, which appeared to be a small mammal. The trail was fairly busy that morning with numerous walkers, joggers, cyclists and pets on the trail, and yet this kestrel sat calmly on her perch, watching the traffic go by. Moments later we saw a male American Kestrel – presumably her mate – flying around in the same area.

As we approached the trail sign, the whinnying call of a Sora rang out from a tiny patch of cattails mere feet away from the concrete path. The Sora is a short-billed species of rail, birds which excel at not being seen as they skulk through tall, thick marsh vegetation. Have you ever heard the expression “thin as a rail?” To get around more easily in said tall, thick marsh vegetation, rails’ bodies are laterally compressed, making them look tall and thin from the front. The jury is still out on whether the expression “thin as a rail” refers to the shape of these birds, but it makes sense when you see one head-on! Unfortunately but unsurprisingly, we never did see the stealthy Sora, but just knowing it was nearby was pretty cool. Even better, on our way back by this spot later, we heard the whinny calls of not one but TWO Sora in these cattails!

As we approached the pedestrian bridge over South Boulder Creek, we paused for several moments to watch a Blue-gray Gnatcatcher forage and a female Common Grackle busy herself with nest-building, both birds in trees very close to the bridge for great viewing.

The morning was full of spring birdsong: Red-winged Blackbirds, American Robins, Yellow-rumped Warblers, Western Meadowlarks, and House Wrens could all be heard singing from wherever we were on the trail. We had some beautiful views of singing Western Meadowlarks in the spotting scope. Another earbirding highlight of the day was a Brewer’s Sparrow singing in a mixed flock of Chipping and Brewer’s Sparrows near the playing fields at the East Boulder Community Center. And speaking of warblers, the group had some great looks at the Audubon’s and Myrtle forms of Yellow-rumped Warbler, a somewhat-cooperative Orange-crowned Warbler, and a beautiful singing male Yellow Warbler on the way back to the trailhead near where the Sora were calling.

Another sign of spring: the Canada Geese already have goslings hatching! We observed one little family grazing together near the community center and other pairs with young swimming on the ponds.

Thank you very much to Stephen VanGorder, who generously sent us these great photos he took during the bird walk for use on our blog.