Well, it was another beautiful morning at Hudson Gardens, and nine of us were there to take it all in. While we only tallied 21 species (see list below) we had good activity and a number of entertaining moments.

Only a few male ducks exhibited any eclipse plumage, and for the most part they are looking pretty bright and beautiful and ready to go courting (in a few months). As you guys know, Mallards are here year round. So are Northern Shovelers, Gadwall, and Hooded Mergansers, thoiugh in relatively low numbers, and now is when those numbers start to go up due to migration and the fact that this is a popular wintering area for these species. Several of the diving ducks are only found here during the winter, and our single female Bufflehead (see photo) is a harbinger of more divers showing up soon, e.g. Canvasback, Greater Scaup, Common Goldeneye, and Red-breasted Merganser.

One more ducky note. When the first Colorado Breeding Bird Atlas came out in 1998 there were only two accepted breeding records for Hooded Merganser for the entire state. Since then, a few more records have emerged, but this is an interesting species to keep an eye out for this coming breeding season.

One interesting note from our walk is that we encountered a large flock of Red-winged Blackbirds that, as near as we could tell, consisted exclusively of male birds. We know that in the spring males arrive before females to begin setting up territories. Apparently, males return south in the fall after the females have already left.

One other highlight was getting really good looks at a variety of American Goldfinches in their winter plumage. 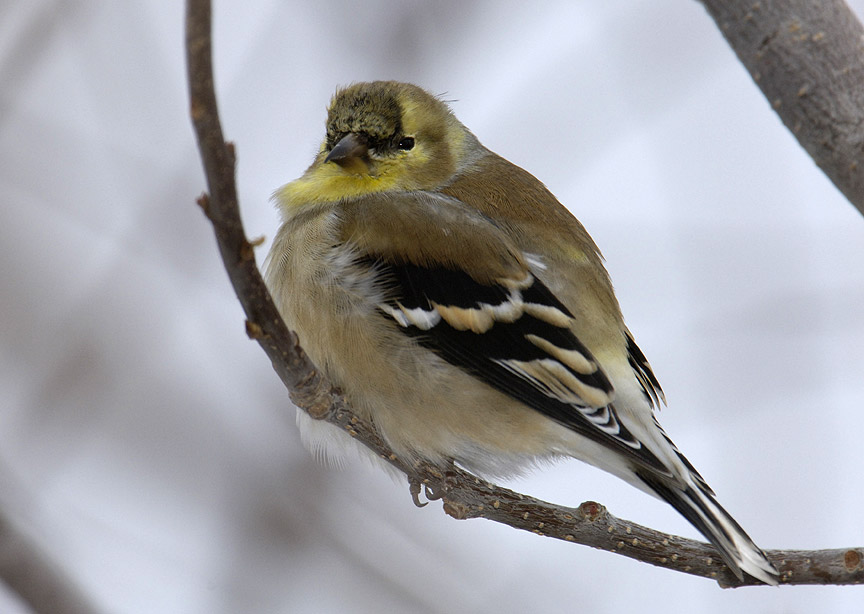