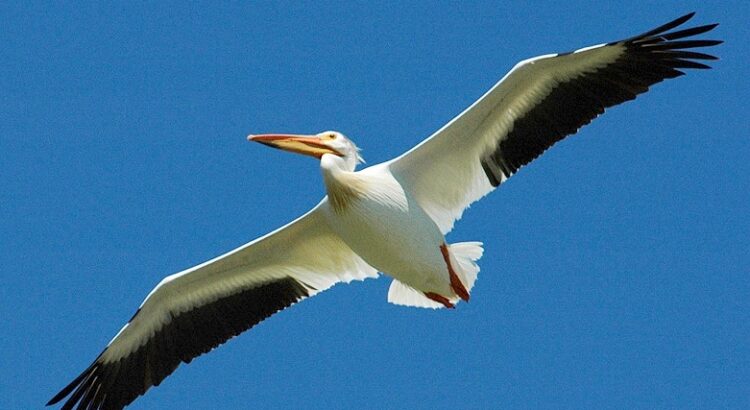 As many of you know, male ducks have been going through their period of eclipse plumage for the last couple of months and they are finally starting to emerge from that flightless, cryptically-colored phase, and starting to look like their showy selves again. Also, we’re on the cusp of that period when many species of ducks that bred farther north this summer are starting to pass through eastern Colorado on their way south, or they may be only coming this far, and they will then spend the winter right here. One species that we’ve hardly seen this summer, but which we got to see a pair of on Saturday was Gadwall – both the male and female with their bright white spot on the flank (which is actually part of their folded up wing – secondary flight feathers, also known as a speculum). And, then the female has her unique orange and black bill with the colors meeting in a distinct line that runs the length of the bill, and the male with his totally dark slate-gray bill plus his big, black butt (mainly his upper-tail and undertail coverts and sides of his rump).

Just a couple of months ago you couldn’t walk anywhere in the vicinity of Hudson Gardens and not see and hear Yellow Warblers everywhere, but they are one of our first warblers to migrate south to Mexico and Central America, generally leaving by mid-September. In contrast a few of our other fairly common warblers, e.g. Orange-crowned, Yellow-rumped, Common Yellowthroat, and Wilson’s, can still be found passing through our area until the end of October (and you may get to see an occasional Yellow-rumped Warbler in mid-winter, but that’s an exceptional find). On Saturday we were fortunate to run into a couple of Wilson’s Warblers. In the spring these guys initially seem to head up the Pacific Coast and through the higher Sierra and Rockies to their preferred nesting habitat in high-elevation willows, but in the fall on their way back south they can come through the lower elevations of eastern Colorado in large numbers – in fact, this is the main bird captured at the Barr Lake banding station each fall.

We had one other interesting migrant on Saturday, a Solitary Sandpiper. These guys pass through Colorado in late April and early May on their way to their Canadian and Alaskan breeding grounds. They then start passing back through again heading south beginning in late July. They are generally gone by the end of September with a few stragglers passing through until the end of October. Key features in their identification are their long light-colored legs, white “spectacles,” and dark back with small white spots.

I hope you’re getting to catch some of this fun migrant bird action!
Chuck