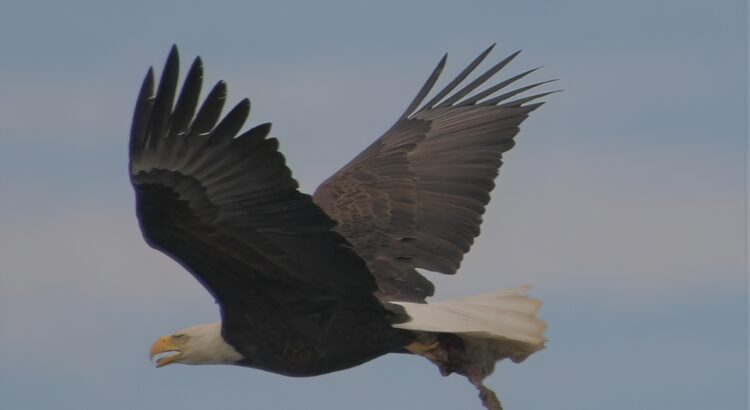 Until 2020, I only thought of Lagerman Reservoir in Boulder County as a good place to stop for a bathroom break when driving the Boulder County Raptor Loop for winter raptors. Boy, was I wrong! Last year, Lagerman was featured in multiple rare bird alerts during spring and fall migration sparking my curiosity (and that of many other birders in the area). When Front Range Birding Company asked me to lead a bird walk there on International Migratory Bird Day, I jumped at the opportunity!

Our group convened at Lagerman’s north shore near the parking lot. We were quickly treated with up close views of American Avocets in striking breeding plumage. Avocets have long bluish-gray legs, a long recurved bill, and a black-and-white chevron pattern on their back and wings. The name Avocet comes from the Italian avosetta, which means ‘graceful bird’. Scything the water’s surface in search of aquatic invertebrates is the hallmark foraging method of Avocets.

Foraging near the Avocets were several Wilson’s Phalaropes, the largest and most terrestrial of the world’s three phalarope species. Phalaropes may best be known for their reversed sex-role mating system. Females are the larger and showier sex. They compete for the attention of males and sometimes mate with multiple individuals, a process called polyandry. Males provide parental care. Exceptions in nature are always a crowd pleaser so the phalaropes sparked interesting dialogue among the group.

With Lagerman’s seasonal closure, a spotting scope works best for distant viewing on the water and along the southern shoreline. With scopes, we identified a variety of species from ducks to grebes and gulls to terns.

After everyone had their fill of scope viewing, we walked to Lagerman’s east side. We listened to Western Meadowlarks singing in the fields, watched as a male American Kestrel precariously perched on a mullein stalk, and observed a Spotted Sandpiper with its bouncy-butt moving along the rocky shoreline.

In the agricultural field east of the reservoir, we found Vesper Sparrows and American Pipits. Sparrows are infamously tough to ID, but one Vesper perched in the open for several minutes affording everyone good looks at its diagnostic rufous wing patch. Vesper means evening. Vesper Sparrows are known to sing well into the twilight after most birds have stopped singing for the day.

For the morning’s grand finale, an adult Bald Eagle flew right over us with obvious prey in its talons. In real time, we weren’t sure what it was carrying but the consensus was that it was a duck. Upon closer examination of photos after our walk, a rabbit was revealed.

Even with gusty sustained winds, everyone agreed Lagerman delivered on quality sightings. The final tally of 41 species wasn’t too shabby either. 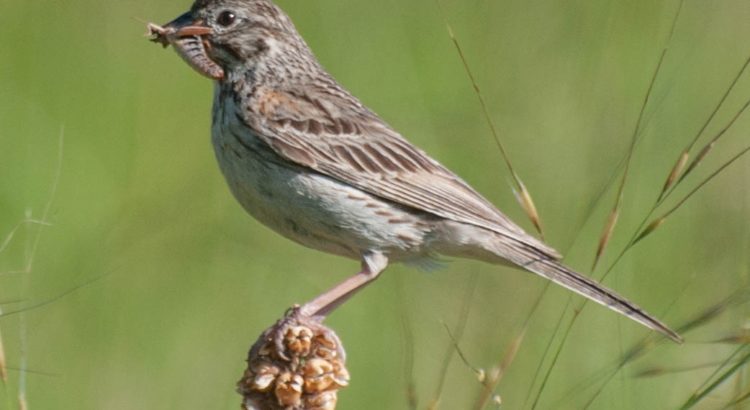 September is a great month to look for migrants and this past Saturday at Lagerman Agricultural Preserve didn’t disappoint on that count. We also welcomed our newest employee, Stephen Chang, to the FRBC team on this bird walk. Welcome, Stephen!

Unlike spring migration where birds are in a rush to find nesting territories, fall migration is a more leisurely affair, so we saw stopover species that breed farther north, Colorado breeders, and species that winter along the Front Range. In the stopover species category, we saw both Least and Baird’s Sandpipers. Least Sandpipers are the smallest shorebird species in the world and are long-distance migrants breeding in the arctic and wintering in Mexico and Central America. In addition to size, Least Sandpipers can be distinguished from the other small sandpipers classified as “peeps” by their yellow legs (the other four “peeps,” Western, Semipalmated, Baird’s, and White-rumped Sandpipers, have dark legs). In September, Least Sandpipers are still in breeding plumage and appear rusty with a couple of paler stripes down the back.

Baird’s Sandpipers are also long-distance migrants that breed in the arctic, although they travel even farther in winter than Least Sandpipers and fly all the way down to Chile and Argentina. Perhaps because of this they have long wings that extend slightly past their tails. They tend to look somewhat “scaly-backed,” especially juveniles, with dark-centered feathers on their backs edged with a paler tan. Their breasts are also tan with pale striping that doesn’t extend onto the clean white of their bellies and flanks.

Finally, we were fortunate to see the first vanguard of several species that winter in our area, including the Ring-necked Duck. Despite being named for the ring around their neck, which is usually only visible at close range, Ring-necked Ducks have grey bills tipped with black and ringed with a band of white. Both males and females have peaked heads. Females are brown with a darker brown “saddle” on their backs and a white patch near the base of the bill. In non-breeding plumage, males can be picked out from females by their dark breasts, darker heads, and yellow eyes.

In all, we saw 28 species. Join us next month at our Boulder location when we check out Barr Lake State Park and visit Bird Conservancy of the Rockies’ banding station.